In addition to her role as  City Councilmember, Juliana served as a City member of the Napa County Local Agency Formation Commission (LAFCo). In 2013, Juliana was re-elected as the 15 coastal counties’ City representative on the statewide California Association of Local Agency Formation Commissions (CALAFCO). CALAFCO’s charge is to preserve agricultural land resources, discourage urban sprawl, and encourage orderly formation of local governmental agencies. She served as Vice-Mayor in 2008-9, again in 2013-14, 2016-17 and is served as City representative to the California League of Cities. Juliana was the City representative on the Napa Local Food Advisory Council, the Napa County Flood Control and Water Conservation District Board, and the Milliken-Sarco-Tulocay (MST) ad hoc City/County committee on recycled water for the water deficient MST basin. Ground has just been broken on the new recycled water pipeline. Juliana served with Mayor Techel as negotiators of the landmark City/County agreement on Napa Pipe.

Juliana has maintained an architectural practice in Napa, Juliana Inman Architect – since 1990, completing many projects in the city and county and establishing deep roots in the business community. Her work has focused on historic resources, hospitality, commercial and land use projects. Many past clients and business associates have volunteered on her campaigns.

Juliana Inman represented the City in discussions with the County on consolidation of services and possible co-location of facilities. “We need to reduce the overall cost and size of City and County government. We can do this by consolidating overlapping services,” says Juliana. 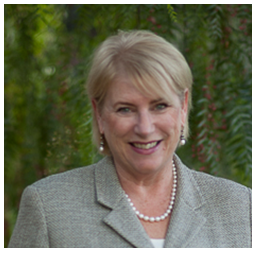 Prior to her first election to City Council in 2006 and re-election in 2010, she served four years on the Napa City Planning Commission, served six years on the Napa County Planning Commission, serving two terms as chair; served three years on the City of Napa Cultural Heritage Commission; served for many years as a board member and President of Napa County Landmarks, Inc.; served on the board of Trustees of the Oxbow School; was a founding board member of Friends of the Napa River; and was actively involved in the Napa High School Choir, Band and Athletic booster clubs. Juliana was also a member of the Rotary Club of Napa.

Juliana enjoys sharing her considerable knowledge about historic buildings and restoration techniques locally and at the state and national levels. She has been a member of the award winning “Leap of Faith” home winemaking group since 1993 and was a founder and Chair of the highly popular Napa Porchfest event – the first of its kind in California. More information on Napa Porchfest may be found here: http://napaporchfest.org/